*See the graphics in greater detail as shown in the book via the FAA testing supplement at;

Chapter revisions will be covered prior to the study guide question revisions.

sUAS must be registered to a person who is 13 years of age or older. If the person is younger than 13 years old they can have someone 13 years old or older register the aircraft (like a parent).

Hobbyist were originally required to register their drones but the Taylor v. FAA lawsuit has changed this mandate. Subsequently, the FAA issued a statement concerning refunds and removal of drone owner information from their database. The 13 years of age commercial registration rule may change in the future since you have to be 16 to hold a Remote Pilot certificate (CFR 107.61).

Under “source” credit for sUAS weights change to: Commercial operators must register sUAS if it weighs 0.55 lbs. up to 55 lbs (CFR 107.3).

This section looks out of place since it is immediately after the section about A through G Airspace. The section should be placed in a text box to bring out the fact that airspace classifications are designed to prevent aircraft from having mid-air collisions by requiring minimum weather standards for flight. Manned aircraft flying visually, called Visual Flight Rules (VFR), are required to maintain specific in-flight visibility, i.e. 3 miles, and specific clearance from clouds, i.e. 500’ below. Manned aircraft have a variety of in-flight visibility requirements depending on the airspace.

Thankfully, the FAA has made it easy for drone pilots by mandating only one set of weather requirements:

This graphic will better clarify the page 30 graphic: 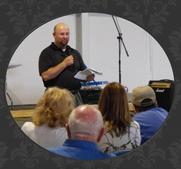 Question #37: The answer is correctly shown as C but the FAA answer is confusing. We interpret this answer to mean, “Yes,” there is a collision risk but it is mitigated because, “the “defined route provides traffic separation to manned (and unmanned) aircraft.” In other words, since the route is shown on the chart (gray line) the FAA is defining this a separation because the pilot is made aware of possible military aircraft traffic.

b) Yes, Military Training Route from the surface to 1,500 feet AGL.

Question #94: The Area referred to should be, “northeast of Area 2.”

Airports are classified based on “ownership” and “allowed use.” For example, an airport is privately owned but open to the public (pilots) to use is commonly referred to as “private – public” airport.

Question #104: The answer is B, not A. Explanation correct.

Question #107: Lincoln Municipal tower is in Class C airspace, not D. It does change to Class E after hours. See “Airspace Class C” section on Figure 53.

Question #139: Better stated the question should read, “What are the ideal weather conditions for a drone flight mission?” The answer is B, explanation correct.

The PHAK states, “On clear nights, with relatively little to no wind present, radiation fog may develop. Usually, it forms in low-lying areas like mountain valleys. This type of fog occurs when the ground cools rapidly due to terrestrial radiation, and the surrounding air temperature reaches its dew point.” See page 57 “page revisions” for a full definition of radiation fog.

Multiple Questions (The number five): We will use the number “five” in this text implying the phonetic pronunciation is “fife.”

See the full explanation in the “Page Revisions” section above.

Question #343: Answer B is correct but should more accurately be stated, “may test or inspect the sUAS and related documentation.”

Question #350: In the next to the last sentence of the explanation it should state, “During landing the pilot can use full flaps to approach a runway…”

Question #351: The explanation should state, “Taking off on a short runway the pilot may select 10ᴼ of flaps to increase lift and make the aircraft take-off in a shorter distance. During landing the pilot….”

Question #383: The answer is correct but the explanation should read, “An aft Center of Gravity (CG) is the most undesirable for an aircraft to be in due to the possible inability to recover from a stall.”

*Multiple Questions and Figures (referenced Figure numbers): We did a bad job referencing the correct “figure” number to the question in several areas. Fortunately, in most cases we conveniently added the graphic directly after the question.

Have you found an error? Please let us know via our contact page. Your contribution will help fellow members. 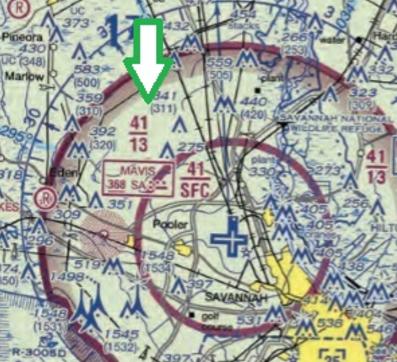 Need Extra
One On One Instruction?

Studying for the Remote Pilot Certificate is a challenge. If you need that little extra push just before test time, help getting started or sorting out a couple of problems areas (ie. airspace and weather) we offer one on one instruction via phone and/or video conferencing. To schedule call us at 919.619.6828. 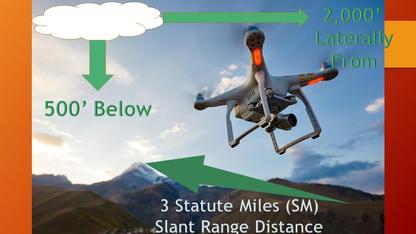 Remember to sign up for our private RPA Members only facebook page. This is the page just for members to discuss topics specific to passing the commercial FAA Remote Pilot certification test so you can start making money with your drone ASAP. TC Freeman, RPA Safety Specialist, will be checking the page daily for your questions. For those shy members, feel free to email us and we will reference your question no names attached.

Also remember to sign up for our, open to everyone, general RPA facebook page to talk about other topics not related to the test such as; industry news, positive PR, new products, etc.

On clear nights, with relatively little to no wind present, radiation fog may develop. Usually, it forms in low-lying areas like mountain valleys. This type of fog occurs when the ground cools rapidly due to terrestrial radiation, and the surrounding air temperature reaches its dew point. As the sun rises and the temperature increases, radiation fog lifts and eventually burns off. Any increase in wind also speeds the dissipation of radiation fog. If radiation fog is less than 20 feet thick, it is known as ground fog.

When a layer of warm, moist air moves over a cold surface, advection fog is likely to occur. Unlike radiation fog, wind is required to form advection fog.

I also like, while not out of the mouth of the FAA, the National Weather Service (NWS) definition of Radiation Fog:

It (Radiation Fog) forms overnight as the air near the ground cools and stabilizes. When this cooling causes the air to reach saturation, fog will form. Fog will first form at or near the surface, thickening as the air continues to cool. The layer of fog will also deepen overnight as the air above the initial fog layer also cools. As this air cools, the fog will extend upward. The most favored areas for fog development are sheltered valleys where there is little to no wind and locations near bodies of water. Wind would disrupt the formation of radiation fog. Radiation fog is usually patchy, tends to stay in one place and goes away the next day under the sun’s rays. Thicker instances of radiation fog tend to form in valleys or over calm bodies of water.

The definition should indicate cooler land or water that causes the air to reach saturation (dew point) in areas of little wind (such as sheltered valleys and near bodies of water). See question 155 associated with this revision.

Page 63: Example METAR, decoding for KINK (second to the last line on the page). Barometric Pressure 30.00 Inches of Mercury (Hg), not Millibars.

Page 73: NASA Aviation Safety Reporting System (ACRS), third bullet point. Better stated it should read, “Has to be non-criminal in nature. If it is criminal then all bets are off.”

Page 82: I’M SAFE Checklist. The “E” in I’M SAFE is not “Eating” but “Emotion.” If memory serves me correctly, “Eating” was used in older acronym but was updated to “Emotion.” Both are important concepts.

Multiple Pages (The number five): There are several references in the “communications” section to the number “five,” which should be pronounced phonetically as “fife.” This is because “five” can sound like “fire” over an aviation radio. The number “five” is typically used when stating altitude, heading and runway numbers.

We will use the number “five” in this text implying the phonetic pronunciation is “fife.”

​Question #1: To be defined as a sUAS, the aircraft can weigh (with all attached accessories) up to:

Answer – c. To be defined as a small Unmanned Aerial System (sUAS) the aircraft can weigh up to 55 lbs. This weight includes all external attachments and accessories. Reference: CFR 107.3

a) Aircraft weight can be up to 55 pounds (with all external loads and accessories), does not interfere with, and gives way to manned aircraft, authorization required to fly in airport controlled airspace via FAA approval, and aircraft is flown within Visual Line of Sight (VLOS).

Answer – a. A CS can be a hand controller or the computer station from which total autonomous operations are controlled. Regulation stipulates the RPIC should be able to take control via the CS if the need arises. Reference: AC 107-2 (4.2.1)

c) Through passing a re-current RP course or initial FAA RP Knowledge Test covering items specified in CFR 107.73(a)(b) or 107.74(a) or (b) within the previous 24 calendar months.

Question #36: (See Figure 23) The correct answer is B, 1,300 feet Mean Sea Level (MSL). It is best to think of this as a manned aircraft pilot with respect to reading the cockpit altimeter. The altimeter shows MSL altitude, if it didn't the pilot would have to, "on the fly," convert MSL to Above Ground Level (AGL), not an easy thing to do while trying to fly an aircraft. A good memory aid is to remember, "Altimeters use MSL altitude," pilots need to be able to look at the chart (map) and easily know if they are in Class C airspace.